What Is Think Time

Applications are generally built to automate business processes and each business process could be viewed as a collection of numerous simple user actions that are strewn together to achieve a certain objective. Unlike robots users rarely perform such actions repeatedly or in succession one after the other without pausing for thought or performing some action required to provide the application input.

Users generally tend to perform actions in repeated sequence with varying amounts of time between them depending on the complexity of the relevant user action i.e. the action of filling up a simple form could vary from 10-30s before the user hits the submit button.

Think Time is thus defined as the time taken by a user between two consecutive actions and is generally represented by the letter Z. Think Time is usually measured in terms of seconds and is represented as follows : Z = 30s 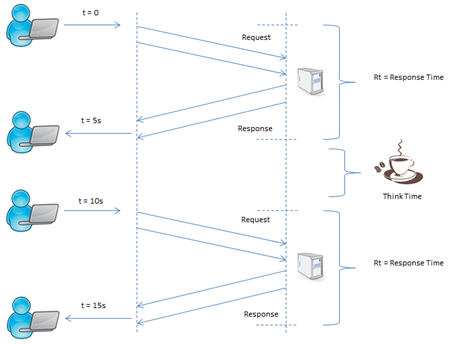 In general during Performance Test one sets up the run settings such that Think Time (Z) is varied between a set of given constants. This is to introduce variability mimicking the nature of different clients accessing the applications. Thus an accurate understanding of Think Time for each of the critical business processes is essential for you as the Performance Engineer to accurately simulate Workload Models during Performance Test, Modelling application performance during Architecture/Design or Predicting Capacity impacts at go live. 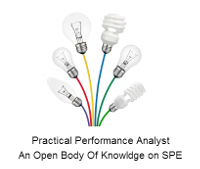