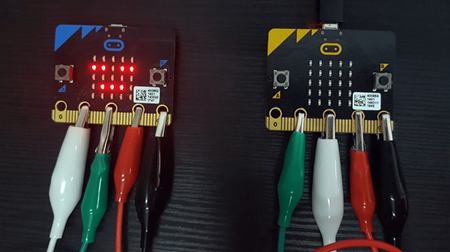 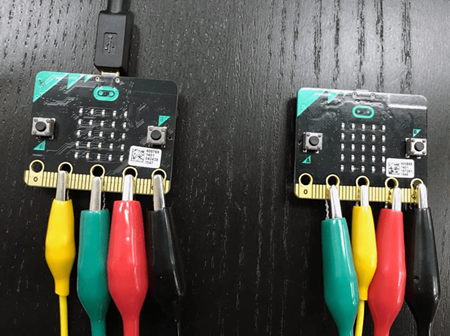 We want to send signals from pin 1 of the first micro:Bit to pin 2 of the second micro:Bit (and vice versa) 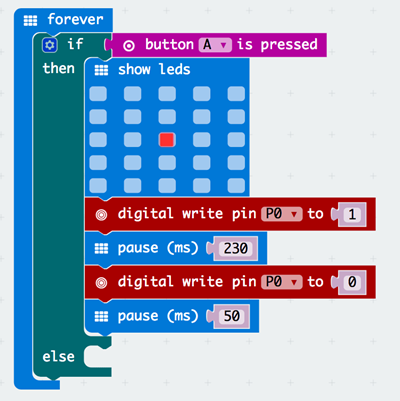 We want a signal to be sent when the A button is pressed. Let’s make this one the “dot” signal. 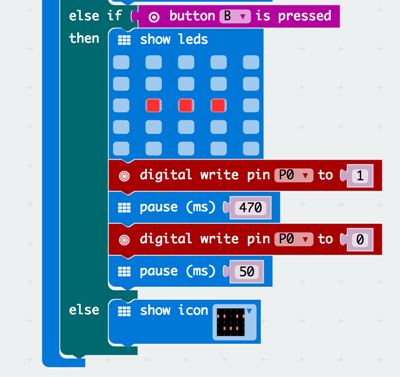 We want a “dash” signal to be sent when the B button is pressed.

We want to record the duration of time between whenever the signal is received and when it stops. We will be using the running time (ms) block for this. 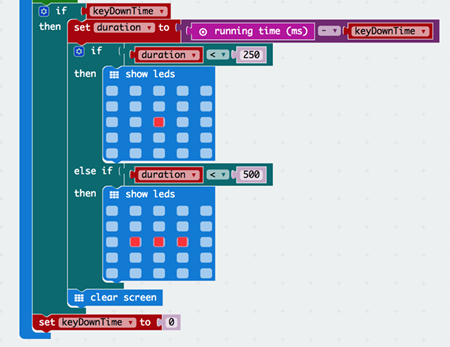 We want to display the correct signal on the screen.

Make sure to flash the code to the respective micro:bits and test it out! It should display the same signal on both screen when you press a button.

For an added challenge, try to translate the morse code on the second micro:bit.