Tips: If you want to buy all components above, you may need Elecfreaks Micro:bit Starter Kit. 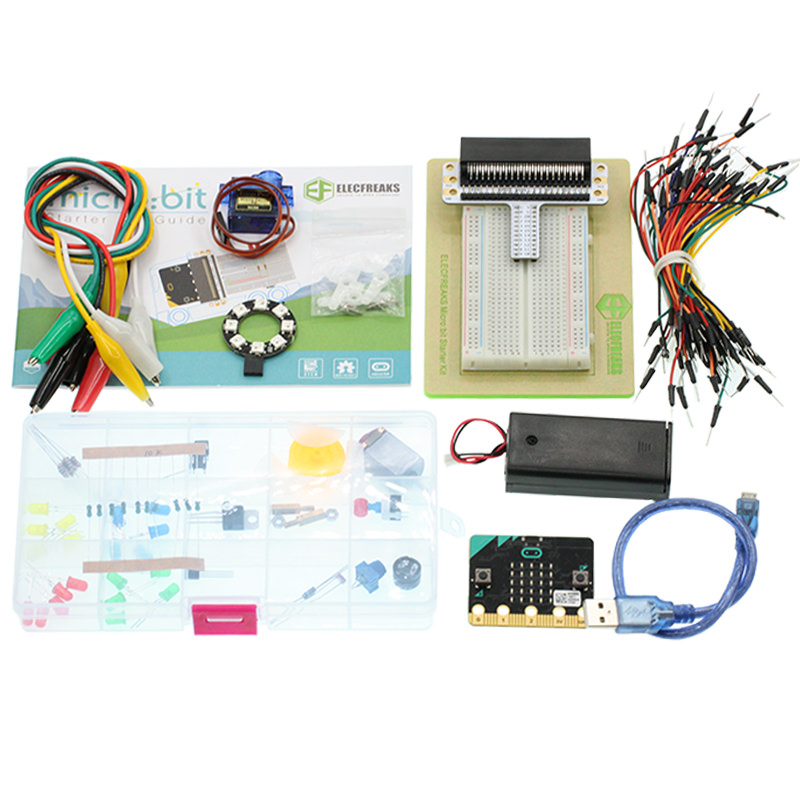 RGB LED is a kind of LED that has integrated red LED, green LED, and blue LED into a component. We all knows that the three primary colors of light are red, green, and blue. With different groups of the three color lights, we can create all colors of the world. Similarly, if we use RGB LED to group lights with different brightness, then it can form various colors. 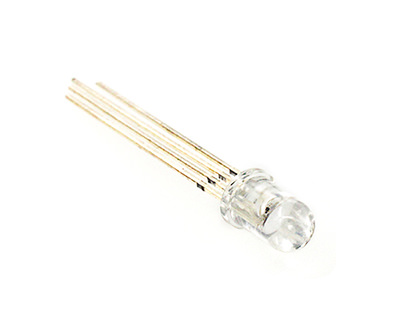 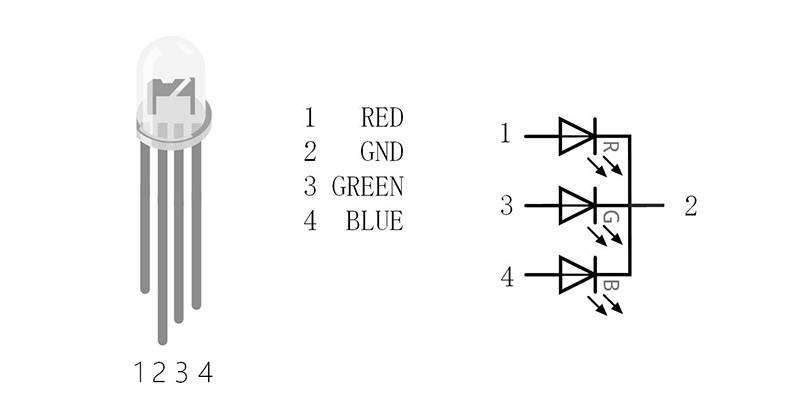 Connect your components according to the picture below: 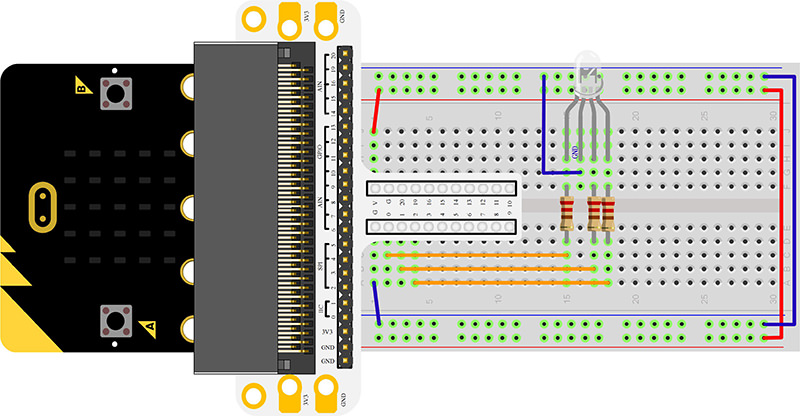 You would see as below after you finish the connection: 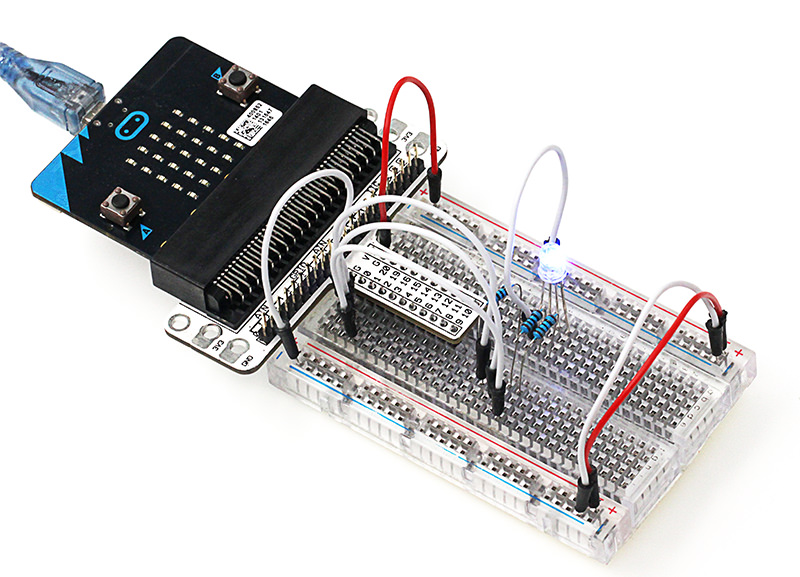 Click to open Microsoft Makecode, write the following code in the editor. 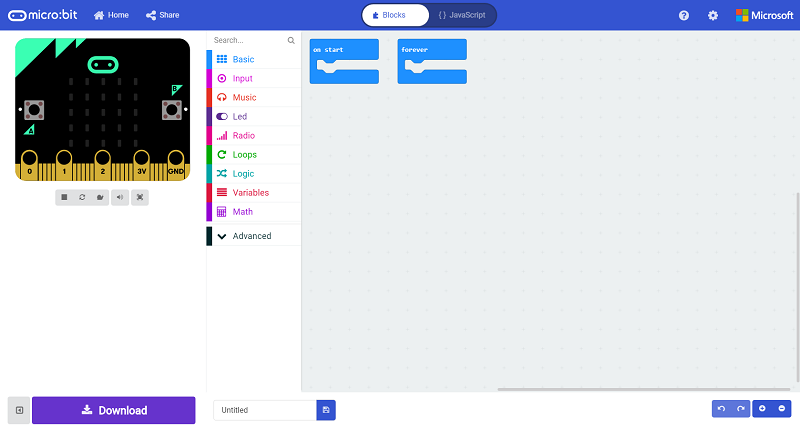 Program as the picture shows: 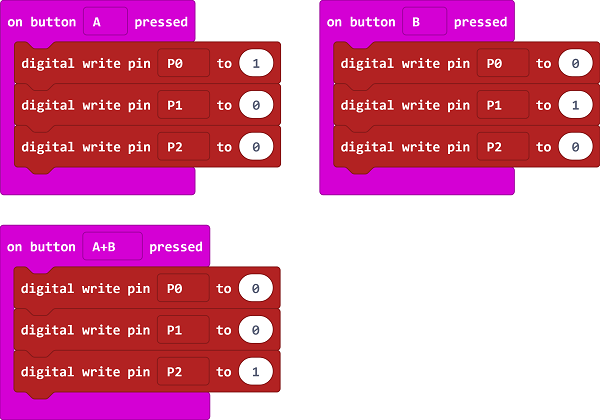 Details for the code: 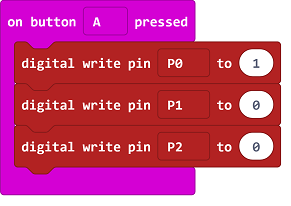 If we want to use RGB LED to emit cyan light, magenta light, yellow light, then how to design circuit and program?